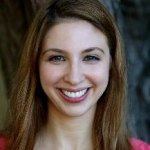 It all started with a post on the “Student Affairs Professionals” Facebook group. Chris Liebert of The University of Kansas wrote, “Today I began using a new e-mail signature that includes my gender pronouns. If anyone else has been considering the update, join me! Since my gender pronouns associate with the typical perception of cisgender-normativity (descriptor for those whose experiences of their own gender agree with the sex they were at birth), this public display of my pronouns cost me little to no social capital…If this small, cost-free adaptation makes even the slightest difference in how supported my students feel on campus, I should have a more substantial reason not to list my pronouns…”

After reading this, I visited the suggested Samuel Merritt page titled “Gender Pronoun Resources.” I liked the section on, “Why is it important for SMU faculty, staff, and students to respect gender pronouns?” I kept nodding my head reading, “Asking SMU community members what their preferred pronouns are and consistently using them correctly is one of the most basic ways to show your respect for their gender identity,” and “Discussing and correctly using gender pronouns sets a tone of respect and allyship that trans and gender nonconforming people do not take for granted.” 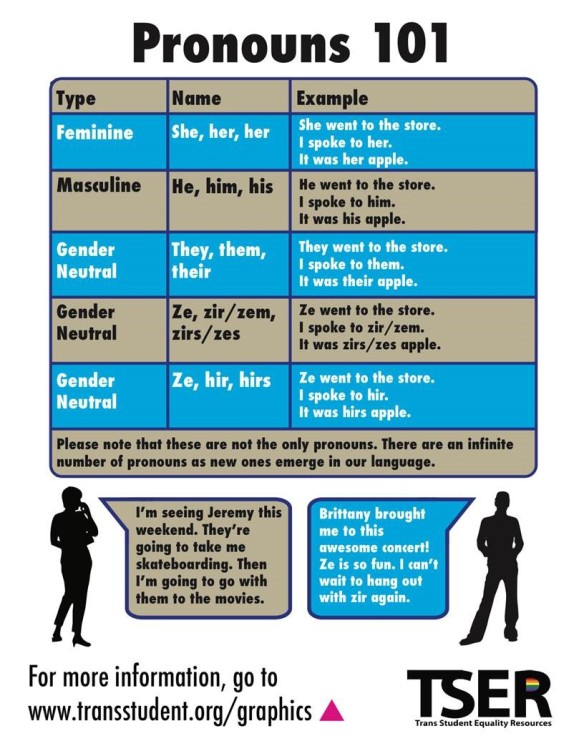 Yet, some other parts about the page bothered me. Why does the masculine have “he, him, and his” and the feminine only “she, her, and her”? The singular, “they, them, and theirs” still throws me off. And one example e-mail signature included “hers” next to “her”—isn’t that implied? Why not simply put a more subtle “Mr.” or “Ms.” in front of an e-mail signature instead of including all of these pronouns?

Still, I immediately considered getting on board and changing my e-mail signature, but something was bothering me. I realized that in the 80s my mother named me, “Lee,” because she was a big fan of gender neutral names. My mom, Christine, always went by the gender neutral “Chris,” so that in written communication she could prove herself by her work ethic and skills instead of being judged by her gender. As a regional manager at a bank, this helped her communicate with other offices without the stigma of being one of the only women in the male-dominated workplace.

Fast forward to 2016: Now Chris’ grown-up daughter is thinking of purposefully adding her gender pronoun to her e-mail signature in order to show allyship for the trans and gender nonconforming community. What an interesting turn of events. Will I purposefully reject pronoun ambiguity and face possible discrimination for being a woman in order to show allyship for a different marginalized community? While I certainly don’t want gender imposed on others, I (perhaps selfishly) don’t want discrimination imposed on me, either.

After mulling this over I thought about resumes and all the studies out there that hiring managers discriminate based on “African-American sounding names” and on female students. I had a teaching assistant in college who assigned us a number and we were not allowed to write our name on papers. He determined that this would prevent discrimination. In the same way, why don’t employment applications bar applicants from writing their name on their resume? Instead, a number could be assigned and the individual would only be called in for an interview based on their qualifications and work experience. Having no gender and/or racial identity at all would be helpful in first-round screening processes…or would it?

In the end, though, I added gender pronouns to my e-mail signature in order to show allyship and if people judge me for my gender or my addition of pronouns, so be it. If, however, I were to publish a book I would create an unrecognizable gender-neutral pen name. Compromise?